Joseph Brodmann was one of the greatest piano makers in nineteenth-century Vienna. The anecdote concerning him, and Carl Maria von Weber, is well known: in looking for the right piano to buy, the latter visited the many Viennese factories, only to buy one from Brodmann himself. This exemplar is now at the Museum of Musical Instruments in Berlin. Brodmann remained in business until 1828, when his collaborator, Ignaz Bösendorfer, took over the company, thus becoming one of the greatest piano makers ever.

Our copies were made following the restoration of an original from around 1805. Restoration often allows to thoroughly study the instrument, providing the unique opportunity to measure each part, and allowing the creation of an exact replica. 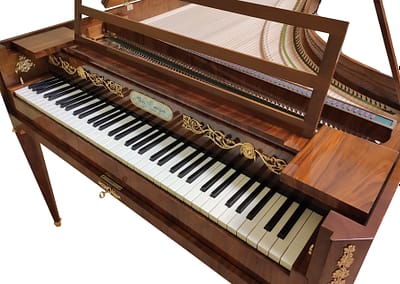 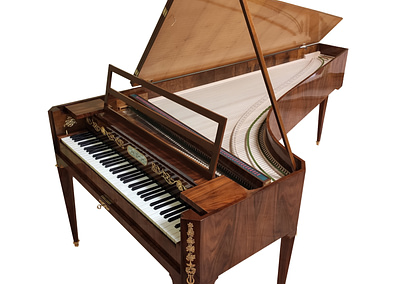 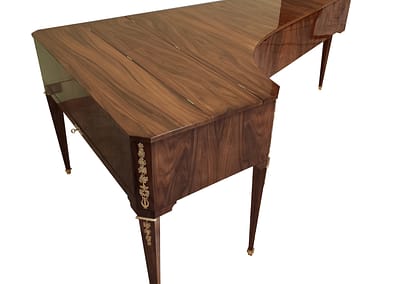