The renown of these small upright pianos is linked to two anecdotes from Chopin’s life. The great composer owned such instrument in his Parisian apartment, and from that keyboard he imparted his lessons to the students who played the Pleyel grand piano instead. During Chopin’s therapeutic stay in Mallorca, his good friend Camille Pleyel sent him an upright piano like this one, which can still be found in his Spanish house.

The present instrument (serial number 4175) is dated 1834. Its soundboard is laminated in a thin layer of mahogany. This making technique was developed by Pleyel in collaboration with François Joseph Dizi, a harp builder who had already, and successfully, employed this procedure in his harps. The very light hammers of Pleyel’s upright pianos from this period have hollow heads resulting in a delicate and cantabile sound. 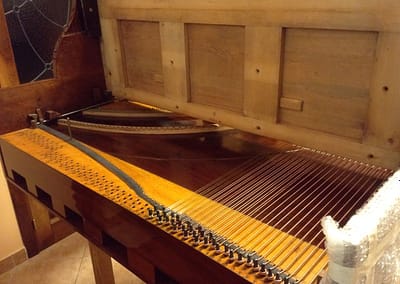 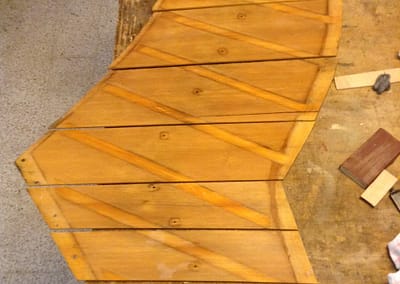 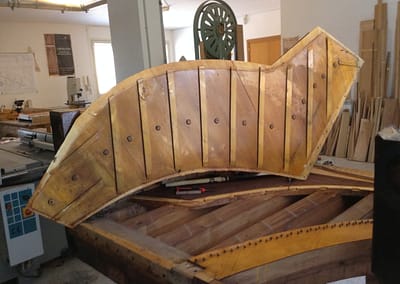 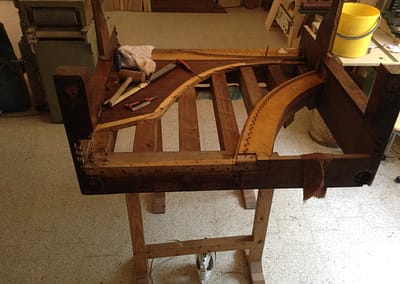 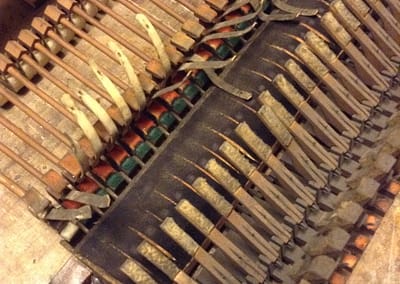 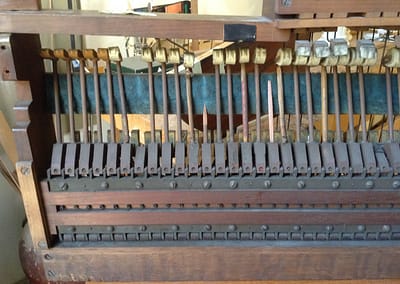 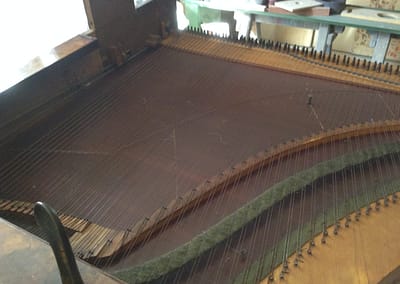